On October 9, 2015, Blake helped obtain a $6.22 million recovery for a 31-year-old Bronx iron worker who fell at least 15 feet from an unsecured steel beam during construction of a new hospital building, suffering several spinal fractures. The injured worker required extensive spinal fusion surgery, forcing him to walk with a cane and permanent limp.

The building owner and general contractor were found to have violated Labor Law Sections 240(1) and 241(6) and held 100% responsible for the accident,. The jury awarded the injured iron worker $1.5 million for past pain and suffering, $2 million for future pain and suffering, $137,800 in past lost earnings $786,720 in future lost earnings, $150,000 in past medical costs, $400,000 in future medical costs and over $1 million in interests, costs and disbursements.

On April 2, 2015, Blake helped recover $3.35 million for his 21-year-old Brooklyn client, a pedestrian, who was hit by a garbage truck at the intersection of Fulton Street and Nostrand Avenue in Bed-Stuy, Brooklyn. The garbage truck contended that it did not hit anyone and never had an accident on the date in question. Blake helped prove otherwise by introducing video surveillance which showed the garbage truck being chased by a non-party witness to the hit-and-run accident within blocks of the accident scene and within minutes after its occurrence. 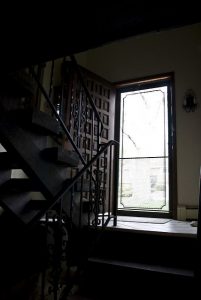 On March 22, 2013, Blake helped represent a 35-year-old Bronx tenant against his landlord and building manager for causing him to trip and fall down a broken and dimly lit staircase in his apartment building. The injured Bronx tenant argued that his landlord and building manager were careless in their maintenance and repair of the staircase, causing him to suffer serious knee injuries, which at the time of trial had already required two surgeries and the possibility of future surgery.

$2,250,000 settlement for a 44-year-old Bronx carpenter who tripped and fell on construction debris carelessly left on the Manhattan jobsite floor by the general contractor, causing him back and hip injuries that required multiple surgeries and rendered him disabled from work.

$1,100,000 settlement for a 33-year-old Brooklyn housekeeper who tripped and fell on a “For Sale” sign carelessly left on the public walkway by a private homeowner and real estate agent in Nassau County, causing spinal injuries that required fusion surgery.

$805,000 verdict for a 29-year-old Brooklyn tenant who slipped and fell on ice covering the front step of his apartment building, sustaining a bimalleolar ankle fracture requiring open surgery and metal hardware, resulting in a permanent limp.

$800,00 settlement for a 51-year-old Bronx driver whose vehicle was struck in the rear by a car service vehicle, causing spinal injuries that required a cervical fusion and subsequent revision surgery.

$750,000 settlement on behalf of a 48-year-old Bronx truck driver who fell off the back of a defective liftgate platform, resulting in back injuries requiring physical therapy and injections and knee injuries requiring a total knee replacement surgery.

$700,000 settlement for a 40-year-old Brooklyn housekeeper struck by a speeding SUV that lost control and mounted the sidewalk, causing spinal, nasal and dental fractures.

$500,000 settlement for a 42-year-old Brooklyn fire safety director who tripped and fell on the protruding metal lip of a Manhattan hotel boiler room door, causing a traumatic brain injury, fractured nose and soft-tissue injuries, rendering her disabled from work.

$450,000 settlement for a 53-year-old Manhattan resident who tripped and fell leaving a Bronx bar due to defective design of the exit doorway, suffering ligament tears in both knees and an exacerbation of a pre-existing spinal condition.

$425,000 settlement for a 55-year-old Bronx security guard involved in an elevator-collapse accident, causing him severe spinal injuries with urological dysfunction.