Let’s face it, the sidewalks in New York City are a mess. Too often, they have cracks, uneven areas, sudden raises and broken parts where someone can easily catch their foot, fall and be injured. Because sidewalks are such an integral part of our City, their safety should be paramount. 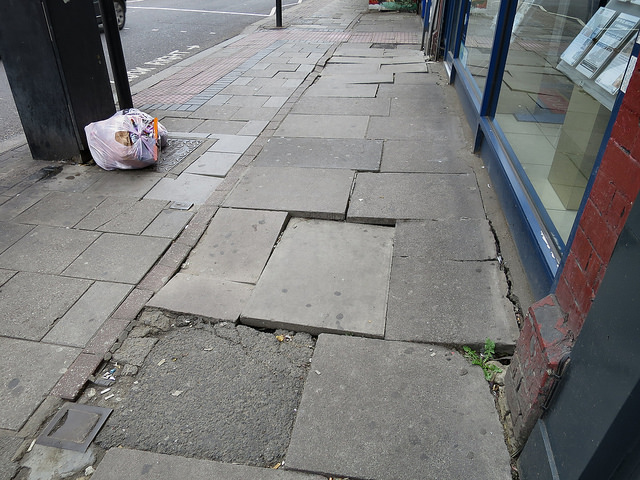 As a general rule, New York City sidewalks must be safe for everyone, including the elderly, disabled, children and the blind. Usually, the law in New York City requires a property owner to maintain that portion of the sidewalk next to its, his or her property.

However, if the adjoining property is a one, two or three-family home, occupied by the owner in whole or part and used exclusively by the owner for residential purposes, then the City of New York is responsible for maintaining the adjacent sidewalk (see http://www.nyc.gov/html/dot/html/infrastructure/19-152.shtml).

In order to recover money damages for a sidewalk trip-and-fall accident, the injured person must prove:

b. in cases involving parties other than the City of New York: that the property owner knew about (“actual notice”) or in the exercise of reasonable care should have known about (“constructive notice”) about the dangerous sidewalk condition involved in the accident and failed to fix it;

We Can Help You

As you can see, the New York City sidewalks laws are intricate and can be confusing. Blake G. Goldfarb has handled hundreds of trip and fall cases involving sidewalk defects, resulting in substantial monetary awards for his clients. He is fully versed and highly skilled in sidewalk liability and is regularly consulted by other lawyers for his expertise.

If you or a family member has been injured in a sidewalk trip-and-fall case, and would like to achieve optimum results on your case.

We offer free initial consultations and do not charge a legal fee unless you win.